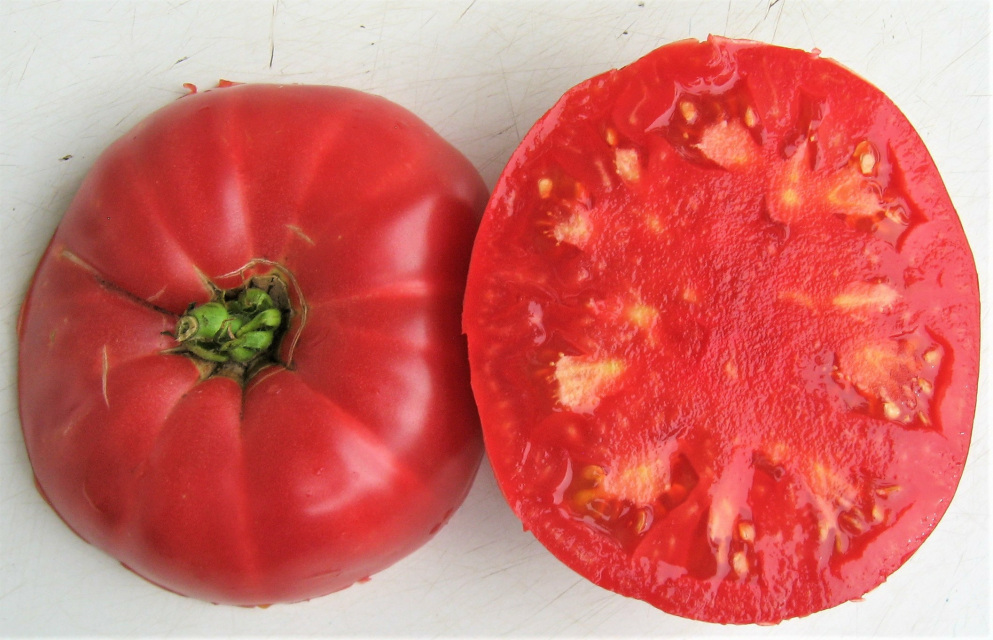 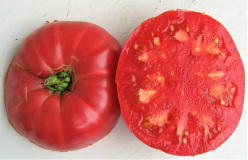 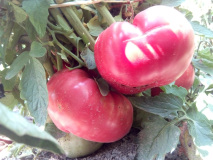 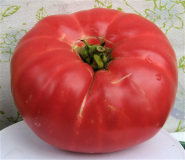 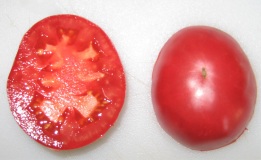 Mystery solved! Seeds received in 2013 from Russ Aceto as part of a large seed exchange, labeled as “Unknown large red very sweet”. Grown for several years by Dale of Delectation of Tomatoes as “Unknown #22”. In January 2019, Russ and Dale stumbled upon the coincidence that we had both ordered seeds of “Jersey Giant” from the same commercial vendor in 2012, and all plants from those packets produced nothing like the paste tomato described for Jersey Giant. But we both really liked this variety and have continued to grow it ever since. As it is impossible to deduce what the mixup could have been years ago, we decided to name it after young Kayleigh, Russ's daughterwho also loves these tomatoes and is a great helper in the garden. Quality and flavor are similar to the variety Terhune, but who knows? Highly recommended variety.