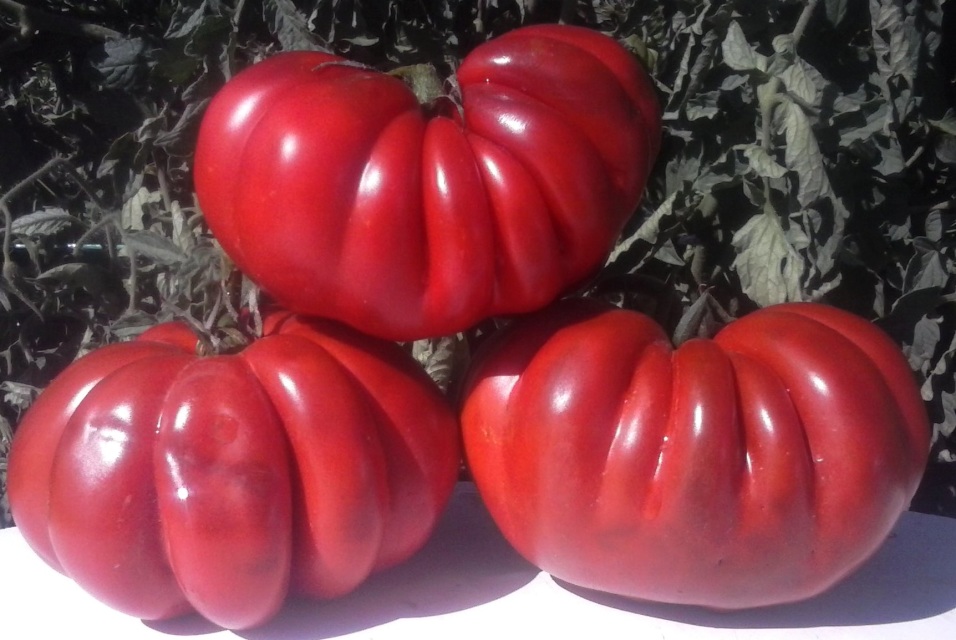 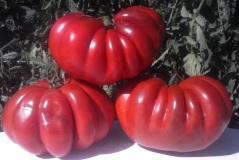 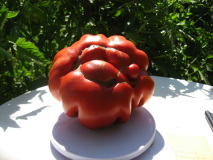 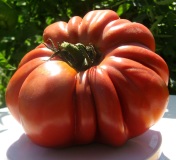 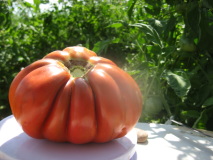 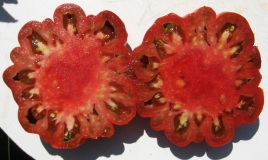 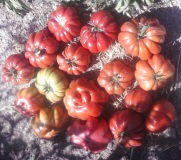 Wow, what an unusual tomato! Several plants in 2016 and 2017 showed these traits: reddish-brown (distinct from most "blacks", very close to the color "Carnelian", RGB 179, 27, 27), deeply ribbed (pleated like Zapotec), oblate fruits with an unusual, distinctive, intense flavor. Most impressive was yield: 40-50 fruits per plant! Regular leaf, indeterminate vines, 80 days. Appears to be stable, as identical results were achieved in 2017 from offspring seeds. Has similarities to Negro Tegurta, but that variety has never been in inventory. Also shows similarities to Fleur de Reagir. Seed source was a batch of Fishlake Oxheart (a red heart-shaped variety) seeds from a private seed trade. Discovered and named by Dale Thurber of ​Delectation of Tomatoes in 2017.