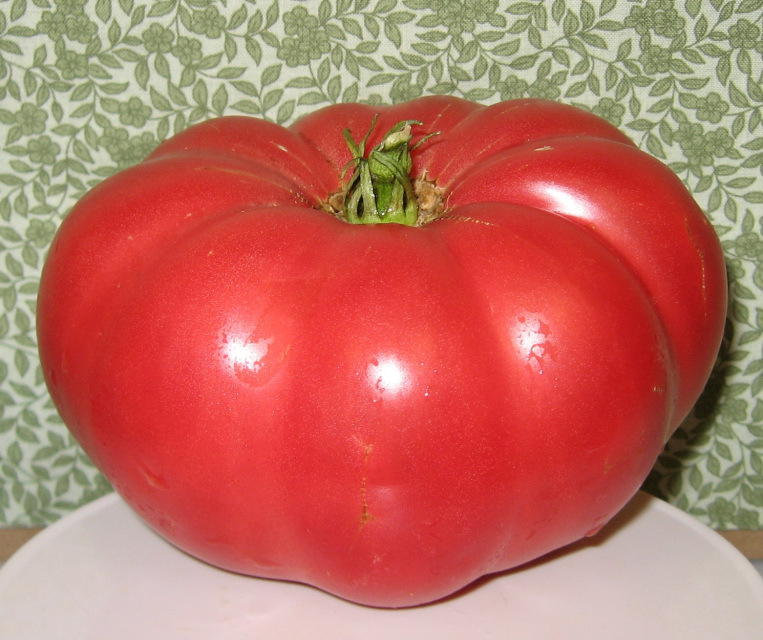 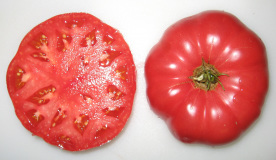 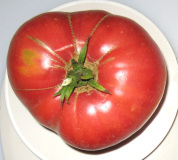 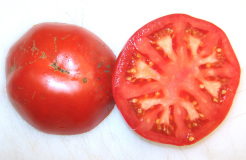 Most fruits are close to 1 lb., has been grown to > 4lb.! Clear-skinned, flavor is outstanding: rich, sweet and compelling. Good production on indeterminate, potato leaf vines from 79 days. From Minnesota, interesting history, as posted at Tatiana's Tomatobase:

"Discovered by Tom K. (darwinslair), who posted information about his discovery at the SSE forum. Tom said that he was inspecting a clients first home purchase in November 2007. The home had been owned by a 90+ year old woman whose backyard was a container gardening paradise, with a half-dozen 20 gallon pots with tomato plants that had frosted out a while ago but had old tomatoes still clinging to some of the vines. The client mentioned that the realtor had told him that the woman had grown her own tomatoes for years, and had been giving her neighbors plants for decades. Tom asked for some of the frozen fruits to extract seeds and grow them the next year, promising his clients some tomato plants next spring. As the name of the tomato was not known, Tom called it after his clients, whose family name was Terhune."