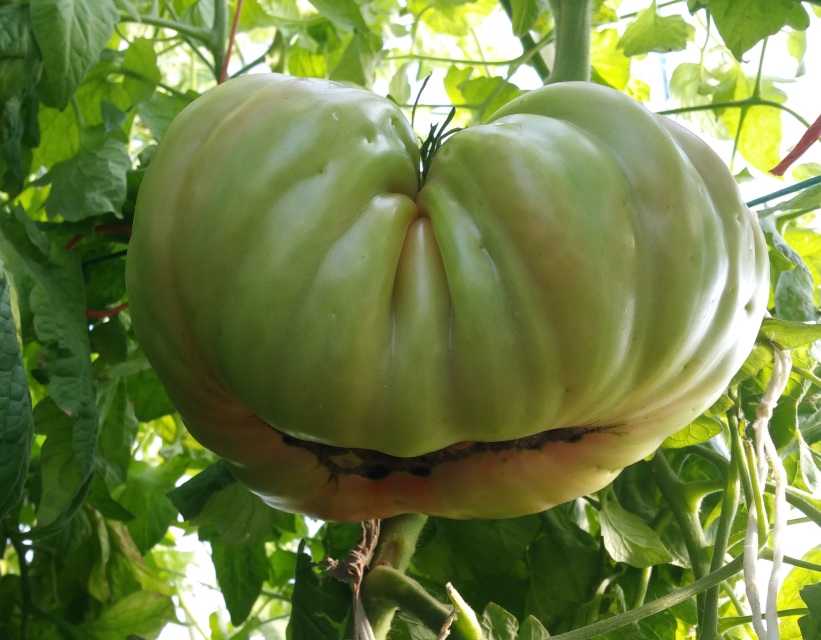 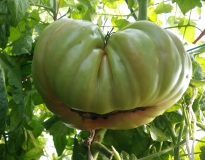 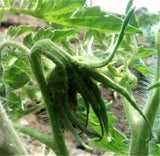 Named after a hyper-giant star, RW Cephei is the result of a controlled cross between two giant tomato varieties: 1) Brutus Magnum, descended from 6.25 Meisner 2011; and Big Zac, from 4.57 MacCoy 2013, which was also the parent of the world record 8.41 MacCoy 2014. So the genetic heritage is here for some truly huge tomatoes for any grower willing to put in the efforts! The specimen pictured measured to 3.27 lbs. as of 9-26-2017; more pictures will be posted as they become available after the official weigh off. [Certified weight at weigh-off was 3.37 lb.] Fruits are deep red with pronounced ribbing, as well as lobing with the larger specimens. Flavor is very good also - moderately rich and sweet. Regular leaf vines are healthy and productive from 85 days. Your seeds will come from this 3+ lb. specimen or sibling/offspring fruits. Original cross was made on July 29, 2014 by Dale Thurber for Delectation of Tomatoes and selections made for enormous fruit size.