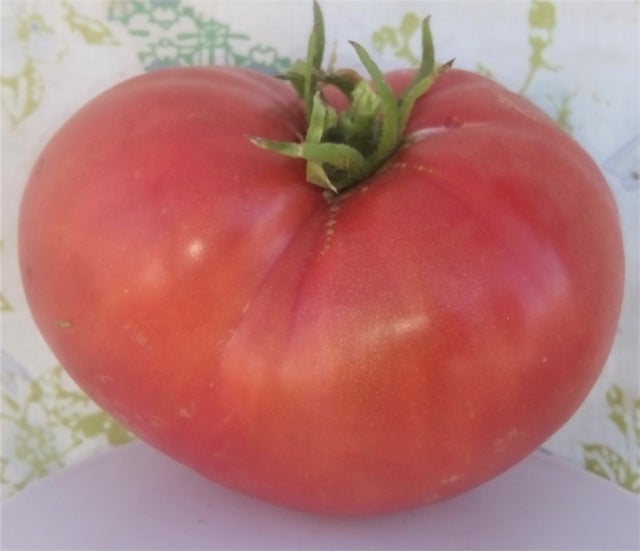 Small to medium-sized, spherical fruits occasionally with a nipple; red flesh and clear skin. Very tasty, balanced flavor. Regular leaf, semi-determinate, small vines with moderate production from 60 days. One of the largest and tastiest among the extra early varieties. From Siberia, apparently developed by Katerina Konova Sviatova near Lake Baikal. Photos are in processing - photo displayed is of a very similar looking variety.

Others write: "55-60 days. Bushy indet. Pink 3-5" slicer tomato, very early and reliable. Gorgeous and delicious. Sarah thinks this is our best tomato (“objectively,”) and Andrew thinks it is one of our favorites (subjectively). Does very well even in cool, shady gardens. Ripened a tasty 1+lb fruit (and many smaller fruits) outside at Corvus Landing Farm, in Neskowin, Oregon, in the summer of 2010, “the year of no ripe tomatoes” for many Oregon coast gardeners. Originates in the city of Slyudyanka, on the shores of Lake Baikal in Siberia, where it is grown outdoors. It is not clear whether it was developed by Katarina Konovna Sviatova (Katja) herself, or if it is an old Russian commercial variety. Received from Søren Holt of The Toad's Garden and Frøsamlerne, the Danish seed savers, who received it from the Sviatova family.